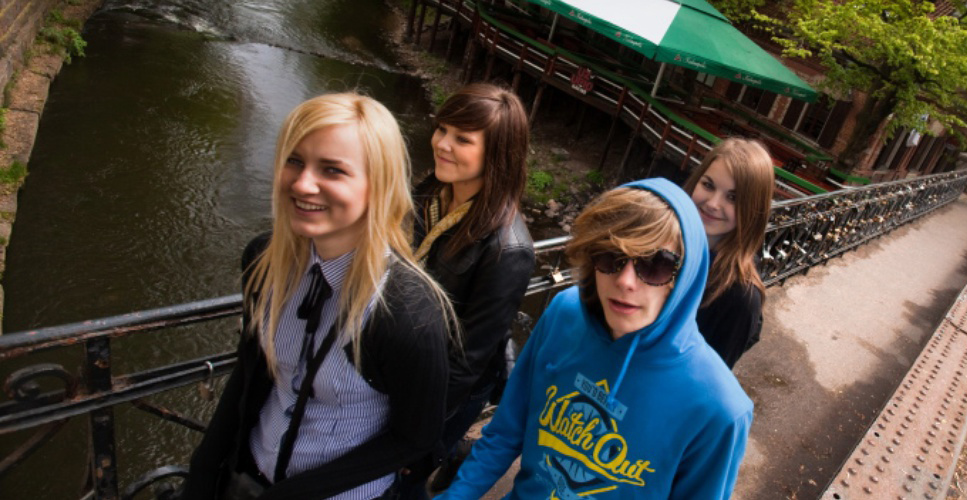 Whilst Vilnius welcomes visitors from around the world because of its status as the European capital of culture 2009, countless are leaving the country in an attempt to escape widespread unemployment and salaries which are under the European average for the most part.

Following its adhesion to the EU in 2004, and the freedom of movement that this offered, it is currently estimated that more than 250, 000 Lithuanians are living abroad. This number constitutes a large percentage of the population, which at present stands at around 3.4 million. The financial and economic crisis that has struck the Baltic country has sparked a fresh wave of emigration and provoked a reduction in the number of returnees, which had been increasing over the recent years. Lithuanians are therefore trying their luck elsewhere, mainly in the UK and Ireland, where there are 100, 000 and 75, 000 Lithuanians residing respectively. This exodus of young active workers and intellectuals is slowly immobilising the country.

All the more since these emigrants only represent a portion of Lithuanian diaspora, which is estimated at more than one million individuals spread across the globe. The origins of this foreign community can be seen in the history of the tormented country, long oppressed by the tsar and soviet regimes. According to the Lithuanian notion of what the nation constitutes, based on mainly ethnic and cultural criteria, this diaspora still remains a part of the national community. The question which the country has found itself asking since it gained independence, is how to conserve national unity between itself and its foreign populations. For those that have recently left the country, this is answered quite easily. In 2007, Lithuania received 870 million euros (£742 million) in bank transfers from emigrants, representing around 2% of GDP. The use of this money is evident from the refurnished houses, new cars and even the increased funds ploughed into education.

However, if keeping ties in place with loved ones back home seems easy, doing the same with civil society and political life represents a greater challenge. The 17 May presidential elections can be seen as an example. In Ireland, the ‘As Esu’ (‘I am’) movement was engaged in April in inciting Lithuanian emigrants to register to vote at the embassy. The militants failed to neglect any medium whatsoever: conferences, appearances at cultural events, poster and leaflet campaigns, even on the internet and facebook. And the outcome? After only 1, 511 voters living in Ireland turned out of the 2008 parliamentary elections, the number increased sevenfold to just above 10, 000 for the presidential elections. A bitter pill to swallow considering all the hard work. The lack of interest in what happens back home amongst Lithuanians living abroad concurs with the sentiment at home: a poor election turnout at just 51.71%. It is politics itself which is devitalised as a result.

Towards a redefinition of citizenship

If the powers that be hope to spark the return of a large number of these emigrants, they must first answer the question posed by demographic changes. The population has been decreasing since 1991, provoked in part by a weakened birth rate and a dramatic increase in the suicide rate. The debates now centre on the reform of article 12 of the nationality law, which banned dual citizenship for post independence emigrants, although with exceptions. Consequently, numerous citizens that have emigrated have disappeared from the national registers, having adopted the nationality of their second country.

However, it is not all black and white. The question is knowing on what basis emigrants should be considered for dual citizenship. Gabrielius Žemkalnis, who represents the Lithuanian diaspora, continues to value the political reasons behind emigration, that is to say pre-1991. Regina Narusiene, president of the organisation which represents the diaspora disagrees. She supports the idea of national unity without fail. ‘If anything has created a void between Lithuanian and its diaspora, it is the actions of the Lithuanian government, and they will have to answer to the people and future generations. We still feel as one with our country.’

Using dual citizenship as a means of reducing the severity of demographic decline could prove risky in light of the multiethnic composition of the country. It’s not a question of offering this possibility to Polish or Russian communities who make up 15.4% of the population. As Narusiene highlights: ‘The constitution must conserve restrictions on dual citizenship for the health of Lithuania, like limiting dual citizenship solely to individuals of Lithuanian descendance.’ To introduce such a difference in treatment in Lithuanian society could revive old demons, from which the country until now has been largely spared.

In his 2009 New Year’s speech, former president Valdas Adamkus declared: ‘Lithuania has always, and will always exist, no matter what difficulties lie in our path or obstacles that we may have to overcome.’ Lithuania may well always exist, but it remains open as to where and who the Lithuanians of the future will be.