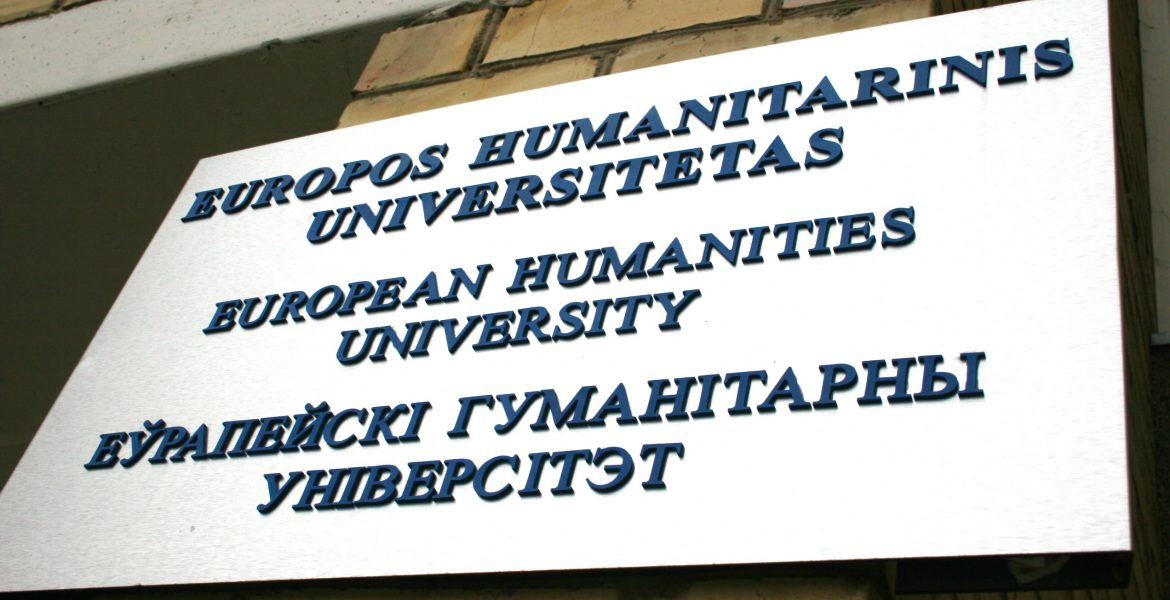 The decision was taken: the European humanities university, created in Minsk, Belarus in 1992, packed up to join Vilnius (and democracy) in 2004. In this oasis of free education, Belarusian youth have been exiled further and further to the west.

One morning in May 2009, an unexpected calm reigns over the bus station in Vilnius. Where have the Belarusians gone who came to sell their wares to their Lithuanian neighbours? Since late December 2007, when Lithuania joined the EU’s Schengen zone (which allows passport-free travel across 24 nations), they have almost all disappeared. A visa costs 60 euros (£51); it makes for an expensive trip. For the citizens of a Baltic republic which joined the EU in 2004, the USSR seems but a distant memory. However, only a few kilometres away, on the Belarusian side, people are still very much living in a soviet state. In Belarus, which is stuck between the EU and Russia, the KGB tirelessly hunts down enemies of the regime. The country has been in the hands of Alexander Lukashenko since 1994. The former director of sovkhoz (state-owned farms) quickly imposed a dictatorship. The Republic of Belarus (its official name) has only ever known a brief period of democracy, between 1991 and 1994. Nevertheless, this period of time was enough for the European humanities university (EHU) to be established in Minsk in 1992.

Bizarrely, the last dictator in Europe tolerated the presence of this private centre of excellence on his land for close to a decade. That is, until it no longer had the good fortune of being in his favour. So, in July 2004, the staff and students had to pack their bags. The reason given by the governing powers of the time was that ‘you can too easily slip into the university’. They were referring to the comings and goings of the western teachers who were invited there to share their knowledge. The legal arguments for the closure of the university in Minsk halted the efforts of its various supporters, rendering them impossible. So, the university was on a path to exile …

‘Vilnius stood out as the obvious choice,’ recalls Gregory Minenkov, a lecturer at the EHU. Also, the Lithuanian capital is only four hours from Minsk. So, the EHU has officially moved to Lithuania, only several trolley bus stops from the centre of the capital. Everyone did their best to ensure as smooth a transition as possible. Lithuania provided the location and visas, the European commission subsidised a good part of the running costs and various foundations financed the rest of the project.

Most of the students receive a bursary: with this the fees and living costs are paid for. This is the case for Alena, a third year Belarusian political science student. ‘For a lot of my classmates, Vilnius is just another Belarusian city,’ she says. The two countries have been governed by the same sovereignty (the Grand Duchy of Lithuania) for around five centuries. ‘Coming here doesn’t pose any problems. We are accepted by the Lithuanians and the bus connections from Belarus are good. I often go back to Minsk to see my boyfriend and my family,’ continues Alena. ‘The only difficulty is the Lithuanian language, and yet, you can learn it but then everyone or almost everyone speaks Russian in Lithuania.’

Never mind the fact that 1, 800 EHU students in Vilnius work in Russian and Belarusian; 800 of them study via e-learning. This is an increase of over 1000% since its opening in the Lithuanian capital in October 2005! With 96% of Belarusian students enrolled in as many as ten disciplines – from design to international relations, journalism to political philosophy – the EHU has strong European dimensions, destined to form the future elite of a Belarusian democratic state. And yet…as Professor Minenkov, now in charge of the first years, says: ‘We have the status of a Lithuanian establishment, our diplomas are recognised in the west, but our vocation is to become the centre of learning for students in the CEI (the community of independent, former soviet states – ed) zones.’

The entrance hall, where the students are working on the latest compact PCs, gives the impression of a high tech university. For most of these students, the EHU is above all a gateway to the west. Yet this dream has its limits which Siarhei, a third year student, is well aware of. ‘I know that once I’ve finished my studies it will be difficult to work legally in the heart of the European Union.’ What kind of future will this well-educated elite have? The masters degrees given out by the EHU are not recognised by Belarus. In a country where 80% of jobs are in the public sector, it’s difficult for an EHU student to find a place.

There is also the matter of the malicious reports on state television. Last year, on the eight o’clock news, EHU students learnt that they were attending an ‘education centre for terrorists’! The KGB had certain ‘criminals’ there under surveillance. A handful of young people were implicated in movements against the Belarusian government. Tatiana Elavaya was one of them. The ex-leader of Zubr (a western-backed civic youth organisation in Belarus – ed), now the head of the Bunt youth movement, has not been back to her mother’s house since the last presidential elections in 2006. In her little studio apartment in Vilnius, she temporarily shelters government dissidents. ‘Vilnius plays a big role for those opposed to the Belarusian government. But the eastern partnership which is playing out on the European scene is starting to isolate us. Renewing the dialogue with Lukaschenko cuts out the youth in opposition. If we are moderated, then nothing will change in Belarus,’ she insists. This radical position is one that the majority of EHU students, preferring to wait and see rather than become activists, are far from sharing.