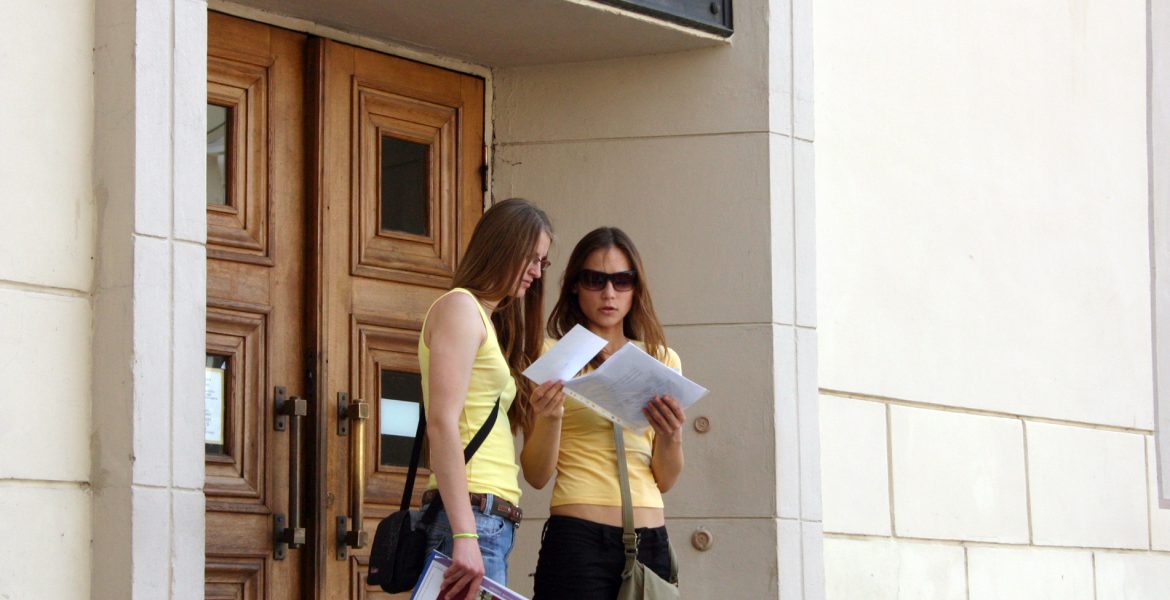 ‘We face the typical problems that a country as young as this faces,’ says Kęstutis Kaminskas, a professor and educational advisor for the Committee on Education, Science and Culture in the Lithuanian parliament. We meet in the new building currently being extended into a press centre and conference hall. 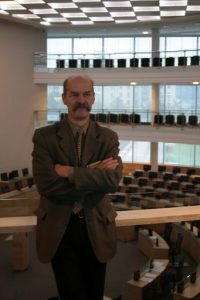 ‘We can’t change how professors think overnight. More than half studied during the soviet era and today teach students who only know an independent Lithuania. Many schools which were built post-soviet era look like factory buildings, because they were there to spread the ideology. We have to overcome this,’ adds Kaminskas.

In 1992, the Lithuanian parliament published a declaration that they would change educational methods for the autonomy of every individual, promoting equality, tolerance and a respect for neighbouring countries. In this sense Lithuanian teaching methods aren’t far removed from those of the rest of Europe. ‘The biggest progress we can make is to ensure everyone can feel free. But we must ensure that is done responsibly.’

One thing that needs improving is the prestige and salary of professors, currently under the average in the private sector. Their work is vital, and sometimes stoic, when we take into account the speed with which they have changed their lesson plans – for example, in teaching history. ‘All the teaching for the humanities department has undergone such a huge change in these last few years!’ sighs Irena Valikonytė, lecturer at the Institute of Medieval History at Vilnius University.

The institute lies in the centre of the city and is a tourist hotspot. ‘During soviet times Moscow decided what taught. Everything was done their way, with the history of the USSR as the central focus. Today, the priorities have shifted and we devote a huge amount of time in researching the history of Lithuania itself. We also spend considerable time on the history of the European Union and the world, but we lack experts in the fields.’ The change has also been felt in secondary school education: classes are in Lithuanian and lesson plans centre as much on the United States as on Russia. The centre of attention goes to Lithuania and Poland, although some students are keener to learn about the history of Latvia and Estonia too.

Lack of investment and quality of the universities

There are 22 high schools in the entire country, a number which has risen in relation to the dimensions of the territory. A few years ago more and more private schools popped up, counting for less than 25% in the country. Student fees reach up to 2, 500 euros per student in these institutions, eight times more than those of public schools. 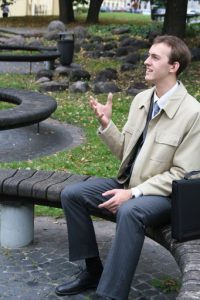 Experts advise the first necessity being to increase the quality of university education. It’s one the reasons so many students go abroad to study, above all to countries in the European Union. Student representatives don’t count strikes out to demand an improvement. ‘The government says that if they would pay more to improve the teaching institutions if we paid higher student fees. But all we want is just to see an improvement,’ comments 22-year-old Marius Skuodis, politics student an active member of the student’s union at the University of Vilnius. ‘The government has to pour more money into education instead of making empty promises all the time. The priority should be higher education, which is of such a poor quality in comparison with other systems abroad.’

According to Ministry of Educations and Sciences and in comparison with the last ten years, 2006 was the year in which the least amount of money was pledged to the public education sector. Only 5.2% of the national budget – a figure rising to 6% in 2005 and 5.8% in 2004. The figures are also below the European average of 5.5%. ‘Investments in education are decreasing in comparison to other areas,’ alerts Skuodis.

The majority of students wish for a simpler leg-up to the world of work. ‘People migrate because they can’t find any jobs in their fields here. Unemployment is admittedly quite low (4.9%) in Lithuania, but there are very few positions for qualified job-seekers.’ Skuodis also criticises the trato which is given to professors. ‘In my department everyone has many other jobs and work in different places at the same time.’ It’s another reason that major reforms are needed, or a direct rethinking of the educational system.

Leaders in physics and biotechnology, trailing in social sciences 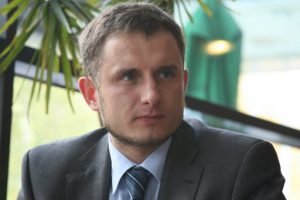 Recent history still has an impact on the present. The Russians converted the Baltics into a technological zone, but causing serious neglect in other areas, such as social sciences. ‘For a long time now, this country has had the brakes put on it. The lack of investment has not allowed any progress in other areas. With EU funds we are trying to jump on the train. I am convinced we can do it!’ says Tomas Žalandauskas, physicist and president of the Lithuanian society of young researchers.

Lithuanian universities certainly don’t have any problems with female attendance numbers. A 2006 survey published by Eurostat put Lithuania as the European country with the most female presence in science and engineering degrees. That’s 55.5% of the total number of students, a figure close to Latvia (51.4%) and Estonia (51%). The Baltic countries therefore lie above the European average of 29%. The countries with the lowest number of women include the United Kingdom (20.1%) and Luxembourg (17,7%).

’If you’re a woman or not, it’s even harder to earn money as a scientist. Many of us therefore work in other fields,’ adds Brigita Serafinavičiūtė, an environmental researcher. She believes that one of the aims of the country should be encouraging graduates to come back home and work in better conditions. She knows it is easy to say, but like the rest, she still entertains the notion. ‘I am sure that everything is changing quite quickly, and there are many challenges. Our goals have to stay ambitious though – we have to be the best in Europe!’